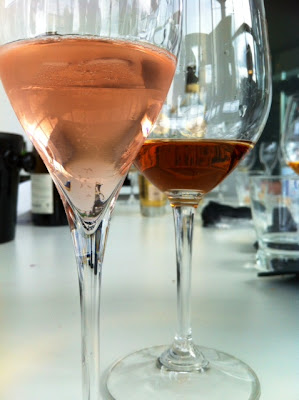 « What does everyone think about today's wine market? A few of my thoughts follow:

3. The power involving the sale and distribution of wine remains in the wine trade, especially the wholesalers who continue to have excessive influence over our legislators. (wholesalers : grossistes)

4. Wines ratings and scores still matter as much as ever, but only from a few select sources as the ocean of numbers, etc. has caused a tone deafness from consumers as well as ratings' fatigue.

5. Bordeaux futures, and so-called pre-arrival sales/prices are largely moribund until the next great vintage and even that seems like a "non-event" given the world economy in 2013.

6. The cellaring of wine for long-term enjoyment, aging, appreciation and speculation is an endangered species as taste is changing favoring efficiency, fruity, front-end loaded wines with immediate appeal as well as accessible, easy-going styles.

7. The jihadist movements of non-sulphured wines, green, under-ripe wines, low alcohol, insipid stuff promoted by the anti-pleasure police and neo-anti-alcohol proponents has run its course as another extreme and useless movement few care about.

8. The continued centralization of wine power in the hands of a few is more dangerous now than ever.

9. Wine, fine and fragile wine, is still abused in shipping, storage and the distribution centers as the large multi-state enterprises rarely can justify the extra cost of refrigerated warehouses and delivery trucks.

10. The younger generations are moving toward craft beers, boutique alcohols, and concluding wine is not worth the learning curve and cost that is required to appreciate it.

OK.....there are some controversial observations that I would love to hear feedback about....thanks in advance... »